With a rapidly closing 26 days to go until I pedal into the sunrise (going East, after all), three things to muse about in this weekend’s blog:

First, the all-of-a-sudden winding down of psychotherapy at a time of my rather than my clients’ choosing is proving an extraordinary, and in some ways surprisingly rewarding experience, for many of those I work with as well as for me. 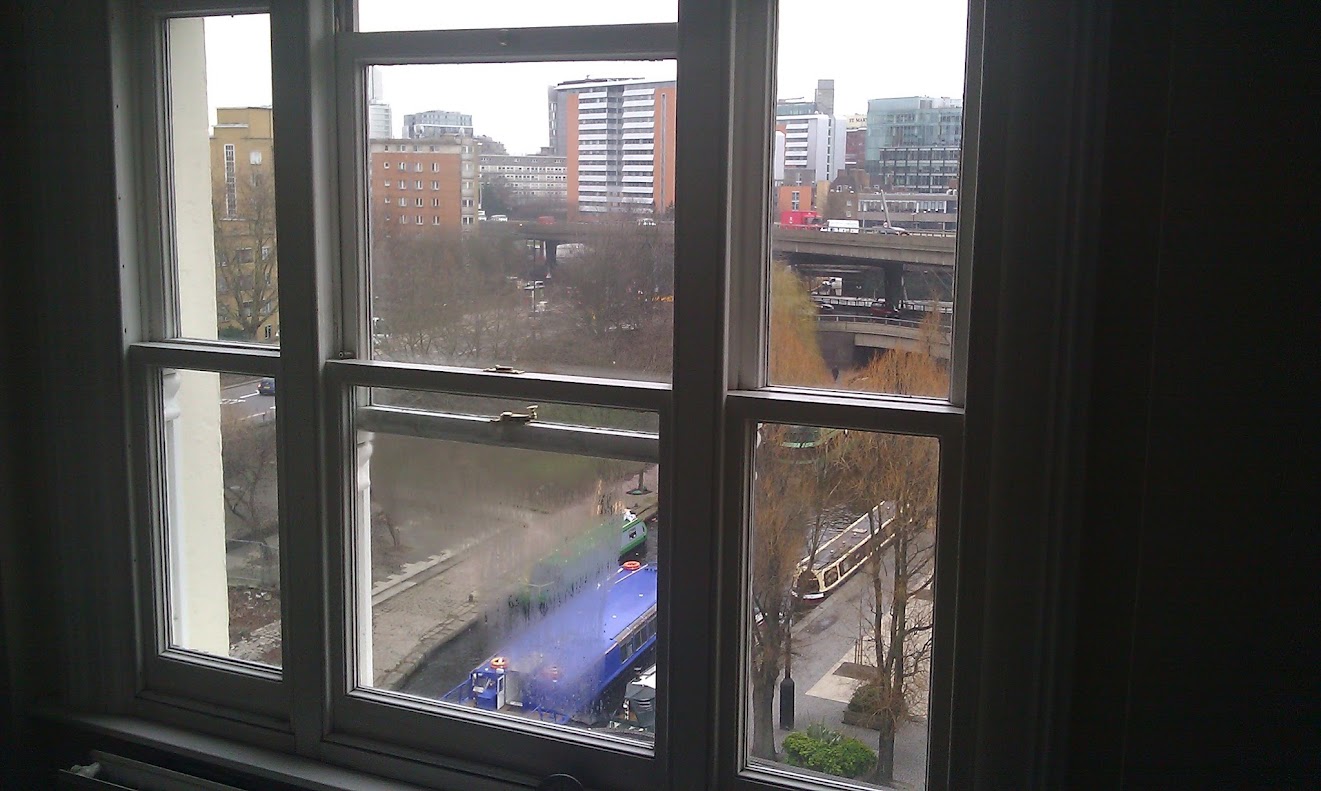 Sitting in that green chair (couches are largely history in most talking therapies these days, thank goodness)  and gazing pensively as most do out of the window at the canal and St Mary’s Hospital beyond, the folk I’ve been supporting over these last months have found themselves on amazing and often profoundly touching journeys.

I know that some of them – some of you, I could also say in warm welcome, since if you’re already following this blog you know who you are  – will not have wanted to stop now.

Some are still hurting quite a lot and dealing courageously with deeply entrenched emotional pain from the past.

As one put it to me last week, “It’s all very well to say on the blog that you’re nearly ready for your journey. I’m not sure I am.”

However, rather like completing an essay at university – or as I very clearly recall from reporting Tiananmen Square and the Romanian revolution in 1989, like writing a last-minute radio despatch to deadline – the knowledge that there’s very little time left is a powerful incentive really to get to work, to change and to deliver.

Obviously, with confidentiality, I can’t talk here about detailed individual therapies. But the EMDR approach I use (Eye Movement Desensitisation and Reprocessing) drills right down into the oldest and most persistent dysfunctional emotional patterning, and very often (almost always, in fact) manages to release the deepest and sometimes most turbulent of memories and emotions.

A lot of tears have been shed in that green chair, insights acquired, relationships transformed, emotional lead ballast turned into gold.

There haven’t been miracle cures – not something I believe in – but after 20 years of experience in the therapy world (and to think, in the late 80s when I came back from China, I didn’t even know what a psychotherapist was!), I’ve certainly not come across any approach to this work that is more powerful or more effective than EMDR.

And, assuming I survive the forthcoming trip in enough of one piece, I do look forward to resuming this work as Consultant and Supervisor of fellow EMDR practitioners in the autumn.

Before then, however, after Berlin, Warsaw and Moscow (all key points of my personal and journalistic journey from my first Russia visit in 1970 onwards), Beijing probably again in June will be an important stopping off point on my bicycle  journey, and an opportunity to recall those turbulent Tiananmen Square events of June 1989.

I’ve recently found in my loft the pictures I took at the time of students occupying the square, before, with amazing journalistic instinct, I left the Chinese capital on Monday May 29 just six days before the tanks moved in. 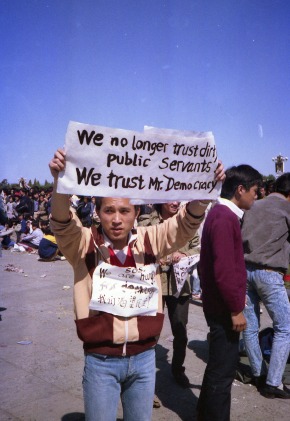 Like a reassuringly large but equally poorly-informed number of fellow foreign hacks also leaving that day, I and my BBC editors thought the story largely over.

The hardliners had won politically, and the protests were winding down.

The hardliners indeed had, but the protests weren’t, and the rest is history – indeed one of the defining events of the late 20th century, paving the way paradoxically and painfully to the explosion of Chinese growth and material prosperity that we see today (a subject for a summer post, I suspect).

But just 10 days before the bloody end, seriously deprived of sleep but also tanked up on euphoria and adrenaline, I had become dangerously over-identified and emotionally supportive of the protesters, and blind to the actual politics that were unfolding against them.

I’ve long known how badly I called that story in those heady days, reporting at one point rumours on the square that China’s tiny but all-powerful leader Deng Xiaoping had resigned.

Of course, if the BBC reports rumours, listeners hear facts, confirmation indeed that rumours are true. They weren’t, and thankfully another story I wrote that same night, about the People’s Liberation Army being “on the side of the people”, was spiked in the BBC”s World Service newsdesk in London.

Packed off back to my hotel by our team leader Ian Richardson to GET SOME SLEEP FOR HEAVEN’S SAKE, I was spared the shame of that very wrong story being broadcast, but not the shame of having shared my thoughts in a sleep-deprived middle of the night with my good friend and colleague at that time, Reuters bureau chief Graham Earnshaw.

The other day, researching my impending bike trip, I googled Graham (pictured right during the 1986 trip we shared to Xinjiang province in the Chinese Far West), and to my delight, found that he had in fact written up that conversation in his own memoirs, recalling it exactly as I did.

Except of course that his judgement call on the story was right, and mine was wrong, oh so wrong.

Wishful thinking, Graham writes on his website, ran riot in those hot spring days in Peking.

Such huge issues were at stake, it was understandable. One prominent western journalist [MB: yes, reader, that’s me!], went right out on a limb and announced in both personal conversations and published reports that Zhao [Ziyang, subsequently disgraced Communist Party leader at the time]  was winning and couldn’t lose and there was no way China could go back, and …. he was wrong.

I remember one conversation with him [MB: yes, still me] in the Reuters office. I sat there, embarrassed, as he adamantly stated that the forces of light would win, could not lose. [MB: Yes Graham, I’m afraid those were the very words I used…]. Objectivity out the window.

I said: not sure, not clear yet, you may be right, judgement suspended. He was really angry that I wouldn’t seize on the same signs and tea leaves he was reading so positively. But the indications spewing out of the [Chinese News Agency] Xinhua printer ticking away in the cubicle next door, while not totally definitive, were increasingly pointing towards a conservative upper hand.

I did do some good reporting from Peking at that time, and after a couple of good nights’ sleep (one of the reasons that in my training of journalists I bang on about sleep hygiene), I think my judgement was largely back on track.

But I’m grateful to Graham, whom I’m looking forward to seeing in Shanghai in July or thereabouts, for reminding me why it was probably best for the BBC, its listeners and for me that I switched fairly soon after 1989 from the slog of the hack, which never really felt right to me, to the calling of a shrink, which I love.

So, finally, what was that about chickens?

This Friday morning, driving to South Cerney for my penultimate set of jabs for the trip (rabies, I think, and the very jolly tick-borne encephalitis) I couldn’t resist snapping this road sign in Sapperton, just outside Cirencester.

Sue and I have chickens at home too, very firmly not allowed out on the road.

However, if that changes, we know what road sign to hang at the entrance to The Mead.