Nearly 40 years after receiving our first tandem for our wedding in March 1977, we’re taking our heavyweight long-distance tourer Daisy2 to NZ/Aotearoa to cycle from Cape Reinga at the top of North Island to Bluff at the bottom of South Island.

We’re raising funds for the wonderful Rory Peck Trust, uniquely dedicated as it says on its website to the support, safety and welfare of freelance newsgatherers and their families worldwide, providing financial and practical assistance when things go wrong.

The Trust is totally independent, relying on donations from individuals, corporations, trusts and foundations, so we hope to raise (at least) £3000 in all, which is £1 for every kilometer we pedal.

We’re setting off in early February 2016 a couple of weeks ahead of more than 300 New Zealand and international riders, including our daughter Katie and her Kiwi partner Mela, who live in New Plymouth and are doing the same tour rather more swiftly, as a “brevet” in 100km or so stages.

After living and working abroad in the 70s and 80s (Moscow where we met, then Berlin, Vienna and Beijing) and reporting for Reuters and the BBC, we are now both psychotherapists passionate about the Rory Peck Trust.

The Rory Peck Trust was set up in 1995 in memory of freelance cameraman Rory Peck, killed in Moscow in 1993.

As the Trust says on its website, its principal objectives are to provide practical assistance and support to freelance newsgatherers and their families worldwide, to raise their profile, promote their welfare and safety, and to support their right to report freely and without fear. Such an important objective. 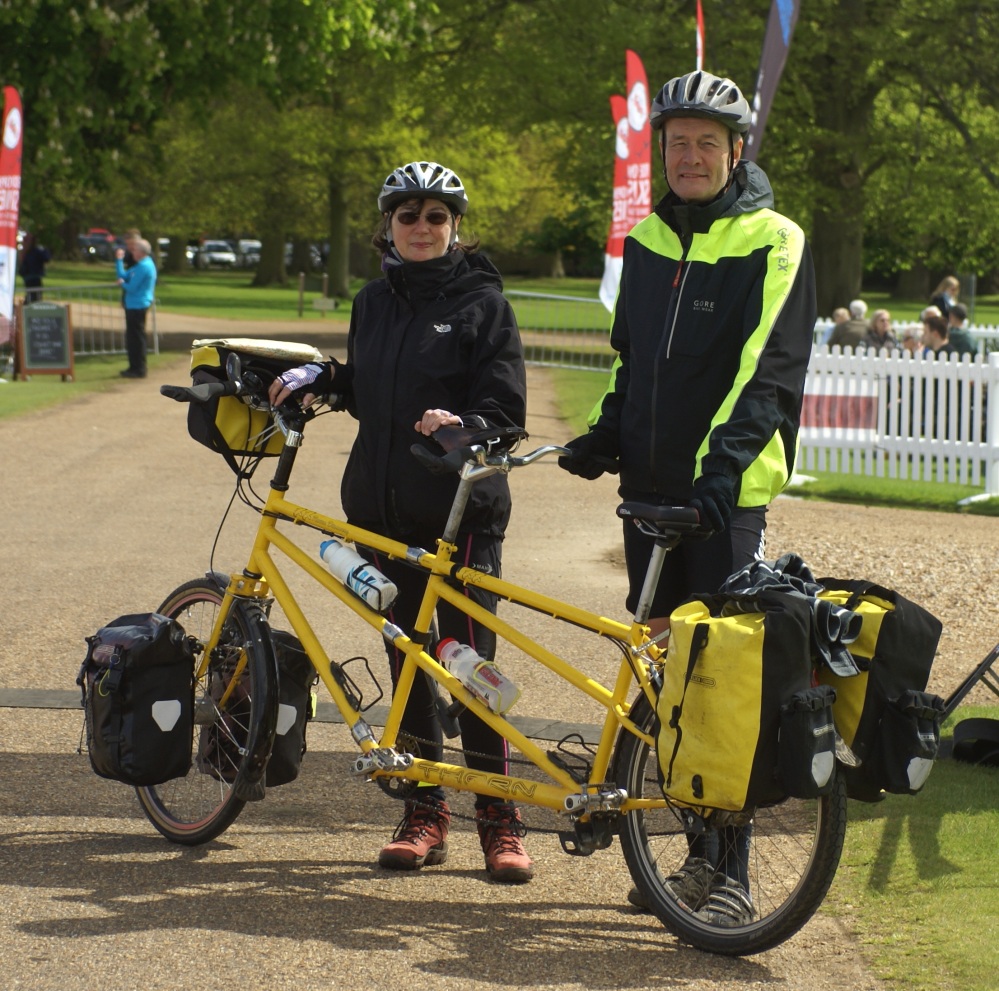 With Daisy2, getting ready to go…

For Jutta, this is her first seriously long-distance tandem tour since we explored the Scottish Highlands and Islands in 1979.

And for Mark, who cycled the South Island of NZ solo three years ago, it’s also a reprise of his attempt in 2012 to bike from Cirencester to Hanoi, raising money for Rory Peck but abandoned at the time for health reasons – now sorted – just 200 miles into the trip in The Hague.

Feel free to give generously!