I have all my photos from all time (approaching 40,000 now, including all the old ones scanned in) on my Google Drive, and just typing bicycle in the search box brought up hundreds of two-wheeler images from the very earliest days.

Right back to my first trike at Duckshole farm near Holt in North Norfolk (brother Hugh pushing something in the background.) 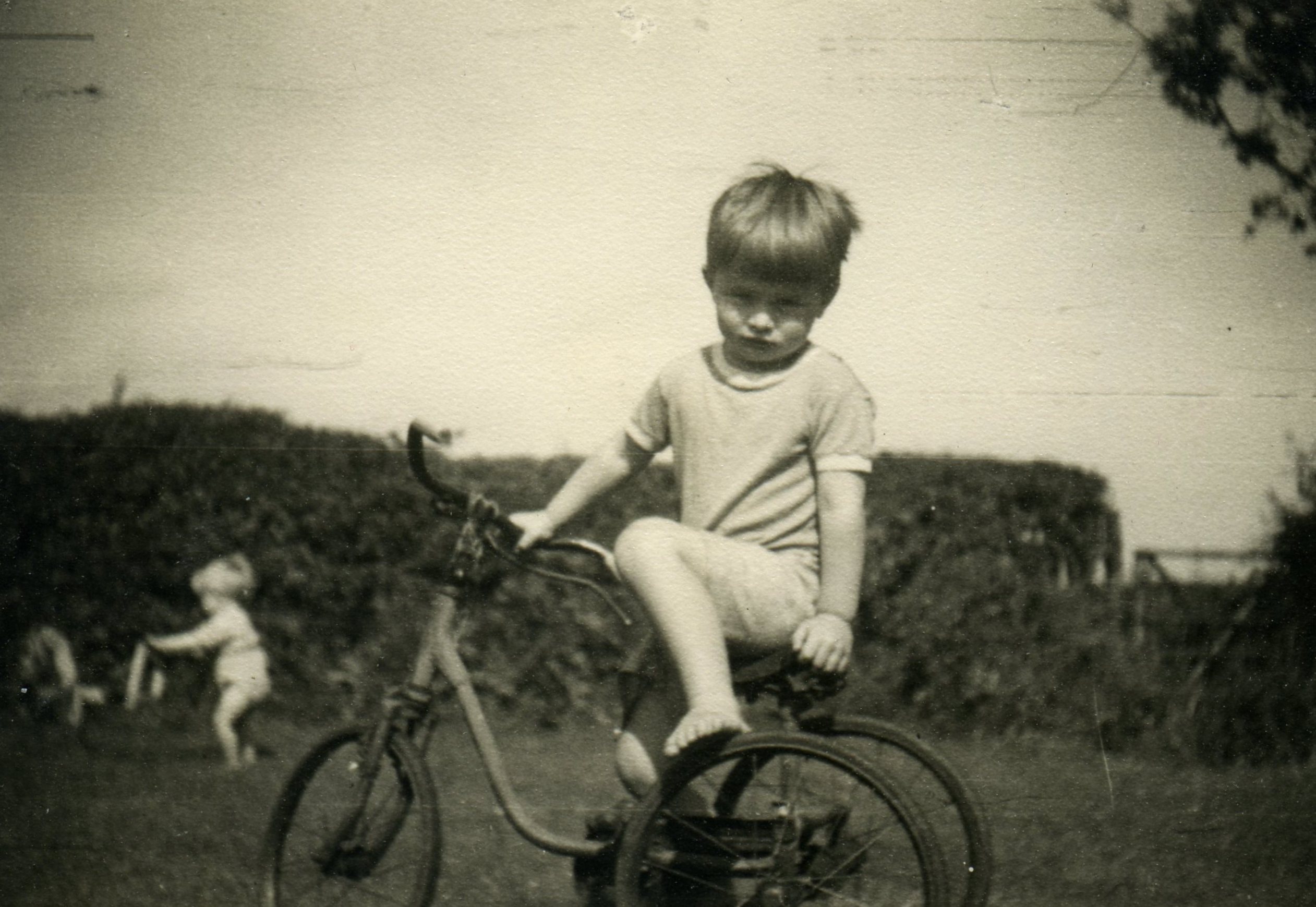 Order is a bit random, but the next one illustrates the aftermath of my very stupidly steering DaisyOne into tramlines in Plauen, East Germany, on a tour from East Berlin to Bavaria in 1978. We completed the journey, needless to say, by train. No helmets – we were lucky. 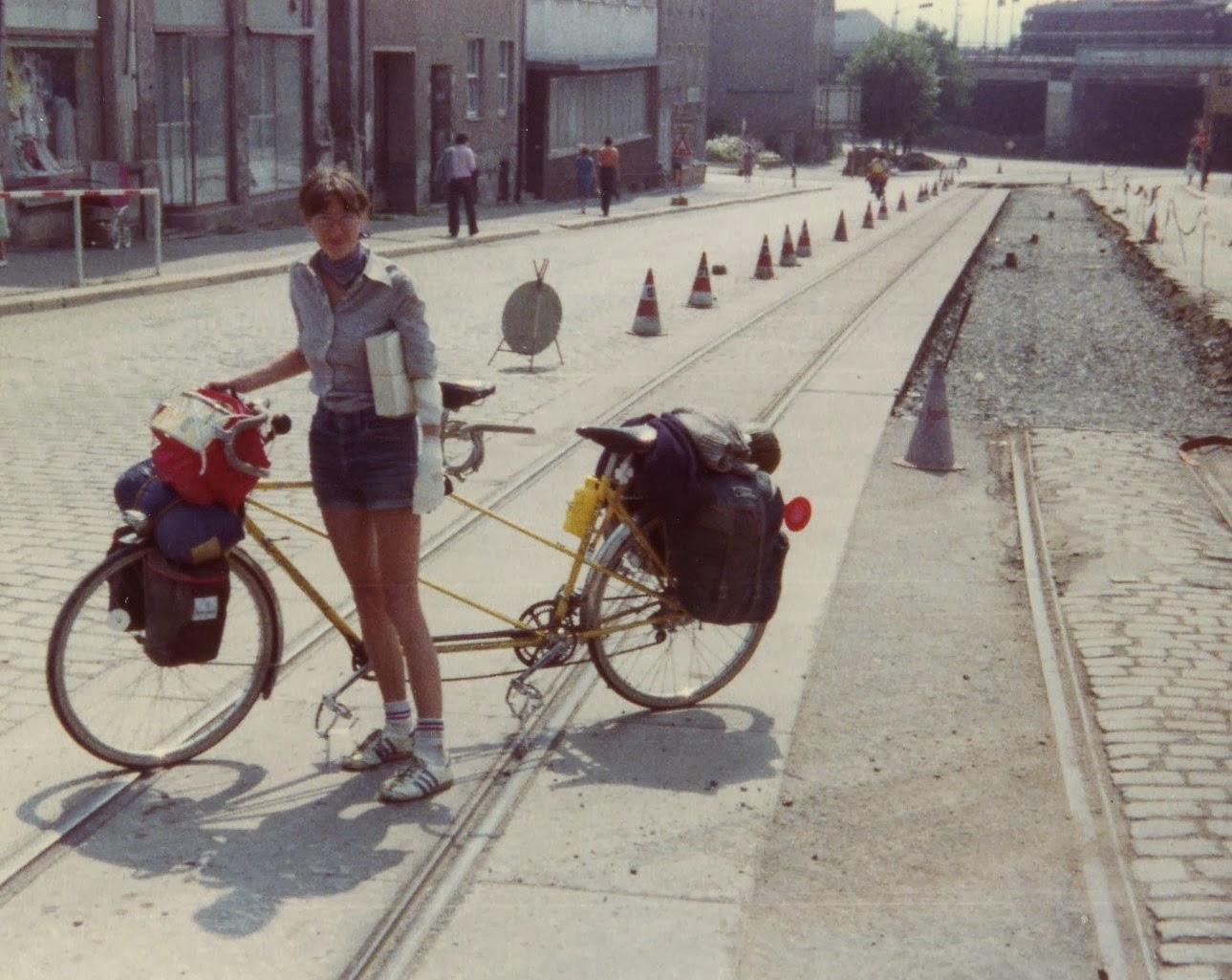 Introducing the boys early to cycling, outside our home in Vienna ca. 1984.

And this one in Yangshuo, Southern China, on the Li river as we were leaving Beijing for the UK in late 1987. All three aboard now, after Katharine’s arrival in our lives the previous March.

Not our triplet next (which is the correct term for a three-seater tandem – not trandem), but belonging at the time to my brother Hugh for whom we collected and drove it north to his home in Northumberland.

As I said, random order. Next the genetic antecedents – my Dad Thomas on his heavy old 28″-wheeled machine at the farm in Barney where we spent most of the 50s.

And here, the two of us with DaisyOne arriving at the East-West German border after a one-day 240km ride along the only road transit corridor at the time (1979) open to bicycles through East Germany. We had to do it between sunrise and sunset. Talk about sore bottoms!

And finally, proof that we would also on occasion take DaisyOne through the Berlin Wall at Checkpoint Charlie. The guards were bemused, and initially concerned that if they let us through with a tandem, they would be setting a precedent that might require them soon to grant similar passage, um Gottes Willen, to horses. That, we never saw. 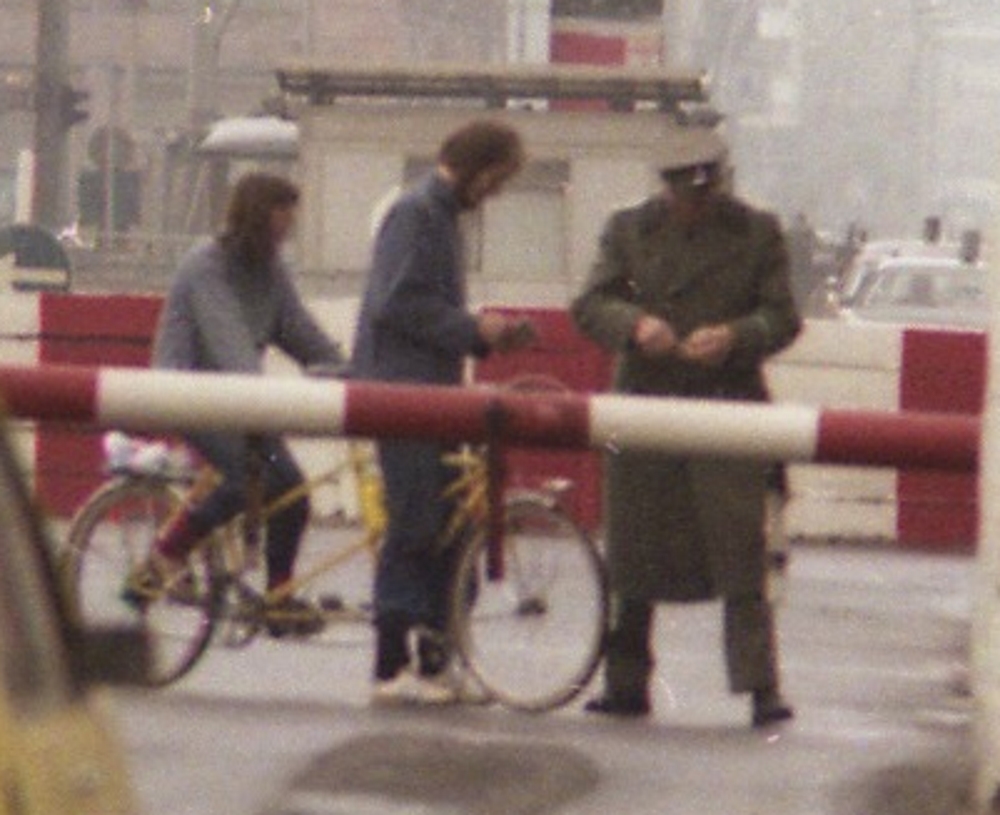 Berlin Wall, China, Cycling
← A fortnight till lift-off
→ Flying Tonight – having tried to check in to wrong, cancelled Qantas flight